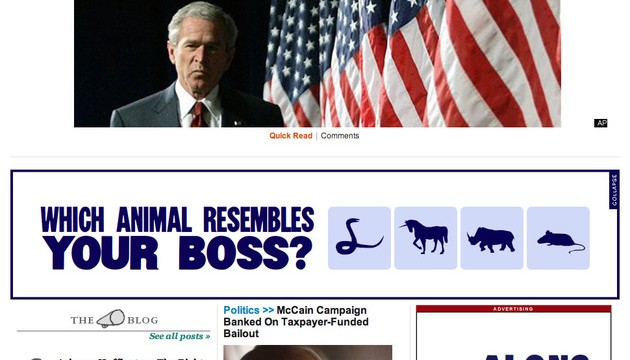 Jimmy Maymann is the Danish CEO of The Huffington Post. He has an Executive MBA from London Business School. 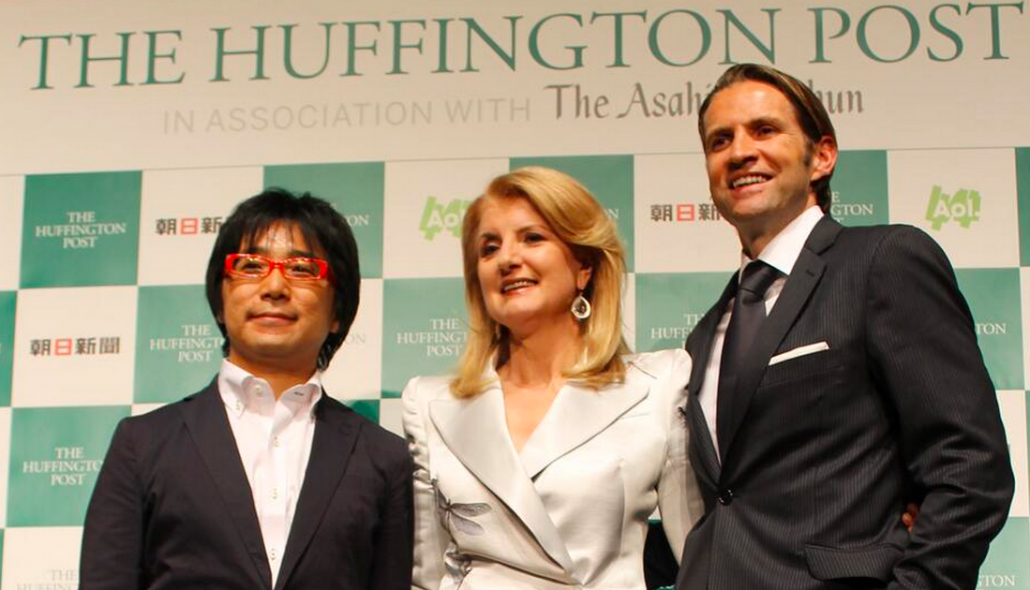 Imagine an identikit of a modern-day CEO. They must have international experience. They must be true global citizens. They should have a big company background, but also have worked in and developed smaller businesses. They need to have lived through big dreams and big deals. It goes without saying, perhaps, that they should be driven and competitive with great reserves of stamina and enthusiasm. They should also have an MBA from a top business school.

Meet Jimmy Maymann, the Danish CEO of the Huffington Post. “I like to build things; companies, houses, sand castles, you name it,” he says. His building project of the moment is to take the online newspaper global.

This is all a long way from Maymann’s early career as a professional handball player in his native Denmark (where the game originated). In mainland Europe handball is hugely popular with more than 19 million players. But, aged 25, Maymann put a halt to his fledgling handball career and turned his attention to matters entrepreneurial.

There is still a keen sense of what he turned his back on. “I tried to play handball as an amateur, but it just didn’t work because I was complaining about my teammates. It was just difficult. I realised that I needed the competitive edge and to do sports where I competed against myself, still setting targets, still doing things.”

Maymann started running. Like many he decided to do a marathon. Most runners would settle for finishing the course in one piece. Maymann wanted to break three hours. He did and has completed more than 20 marathons. He has now turned his attentions to triathlons. “Both in business and in sport, setting goals has always worked for me. It’s an important part of me. I think that’s why I still do these things,” he says.

Armed with his innate competitiveness and a degree in Economics and International Marketing, Maymann spent some time in the United States as the internet was in its very earliest incarnation. His interest was piqued and, when he came back to Europe, Maymann wrote a thesis around the commercial opportunities presented by the internet. The thesis took longer than expected as Maymann couldn’t wait to turn his theory into practice and started his first business, an internet consultancy, Neo Ideo.

The business was ahead of its time. Scandinavian companies were just beginning to use email, let alone develop home pages and dip their toes into e-commerce. After a couple of years, reality caught up with Maymann’s theories and the business took off. Neo Ideo eventually had more than 40 employees.

The lesson was learned. “I always use the analogy that you have to get out on your surfboard. In the beginning you surf the small surf but, when the really big surf comes, you’re ready. When the bigger waves came in Scandinavia, I was one of the guys able to advise a lot of businesses.”

At the end of 1999, three months before the dot-com crash, Neo Ideo was acquired by the ad agency Leo Burnett. Rather than taking the money and disappearing into the sun-drenched distance, Maymann took a job with Leo Burnett. His career is marked by a happy knack of getting the timing right and an unusual ability to work with start-ups and in large corporate positions. Maymann confesses he feels more comfortable in entrepreneurial settings, but says, “I can work my way around. Another thing — not something I planned — is that most of the things I’ve done have been in five year intervals. It makes a lot of sense, because when you’ve done things for five years it starts to be repetitive, you’re starting to do too much of the same, you’ve done the improvement, you’ve done the optimisations. Unless you innovate, then it’s really difficult, for me at least, to keep doing the same thing.”

Maymann’s five years at Leo Burnett included time spent doing an Executive MBA at London Business School. “The MBA was a totally different experience in a very good way. The way you work with cases, the way you apply the tools, from that perspective it was an eye-opener and very useful. The key thing I got out of it is that I’m very good at deciding where to spend my time. I’m very good at focusing. I did an Executive MBA where you have a job, you have family, the workload is huge, you really have to create a plan and laser focus on the things that really matter. You can’t do it all, you have to prioritise.”

After his MBA and five year stint with Leo Burnett, Maymann returned to entrepreneurial mode with GoViral. Once again, with GoViral, Maymann was out with his surfboard well before the big waves. GoViral, a video distribution company, understood that internet users wanted nuggets of video entertainment and that videos would be the online advertising medium.

Five years after the creation of GoViral, AOL came calling.

Maymann confesses that he wasn’t really in selling mode and was more keen to move GoViral to another level. Around 70 per cent of the GoViral ownership remained with its team. With nearing $100 million on offer, the internal decision was to go ahead with the sale. Maymann, the major shareholder, went with the majority. His condition was that he wasn’t tied to AOL with an earn-out for a certain period, but agreed to work through the process of integration and was then asked by Tim Armstrong, CEO of AOL, and Arianna Huffington, founder of the Huffington Post, to look at how the organisation could be developed internationally. The Huffington Post had been purchased by AOL a week after it acquired GoViral.

Maymann was immediately tempted. “I said, you know what, that sounds quite entrepreneurial, that’s very close to what I’m used to doing. I like to build things. I’m not the janitor type. When the growth has tiered off and we’re not building, then it’s a different kind of CEO or manager you need. But that’s not where I excel, there are people that are much better at that than I am. I said, this is an opportunity that I think is interesting, let me have a look. I built the plan, and interestingly enough, I indentified HuffPost as the first brand that we should really take and try to roll out and see whether the model could travel.”

“At this point it is about making a difference, doing something that will change or disrupt something. It’s really not about the money, it’s about that challenge, just like the challenge with the marathon. For me, that is what’s important, that’s what’s getting me up in the morning. The only thing I want to do is build great things, and I would like to be the one that helps HuffPost to become a global media brand,” he says. “I grew up with CNN and saw how that became a global media brand. I believe that done right, HuffPost can be the social media brand of this decade and that’s something that can be done if you run it as a standalone; you have your own tech team, your have your own sales team, your own desk team, your own finance, you have all those functions. And I said to Tim Armstrong, if you’re willing to do that, then I’ll be happy to build a plan for what I would do and how we can then do it.”

Maymann spent two months building a plan. It was approved and now he is in execution mode. The HuffPost strategy has three elements — to open in new markets; to develop video content; and to develop “verticals”, content in particular niches, such as lifestyle, in its home market and elsewhere.

This global strategy is not built on empire-building largesse. In each national market HuffPost is taking a relatively small bet — $2-3 million. It aims to break even in each region within 24 months and to be a top five media brand within a three to five year period. It figures that if it is not in the top five it is not going to be big enough to be relevant.

At the moment, the Huffington Post is US centric. In the US it has 50 million unique monthly visitors. Within the next 18 months, Maymann anticipates that its international business will be at a similar audience level.

With his background in a video business, it is perhaps not surprising that the second part of Maymann’s threefold strategy is to develop video content. HuffPost Live was launched in 2012 and offers 12 hours of live streaming five days a week. “The reason we’re putting a big bet on that is I believe it’s possible to create a social TV model that’s different from the CNN model I grew up with,” says Maymann who imagines TV as more than a one-way experience, interactive in the way that radio now is. Another attraction of video content is that it can be used to populate HuffPost sites and more effectively monetised. Already HuffPost Live attracts more than 50 million video views a month.

The third component of the Huffington Post strategy is growth in its American business. Its audiences are steadily growing, but Maymann believes there is capacity for even greater growth if there is more intense focus on some clear vertical markets. More targeted content leads to more targeted advertising. His focus is now on small business, technology, lifestyle, and news and politics. More than 20 million people visit HuffPost’s lifestyle section every month. Says Maymann: “What’s interesting is that the monetisation that you get in an area like lifestyle is much higher than the monetisation you will get in news and politics because there are many more brands that want to be associated with lifestyle content than with news content. That’s another area that I’ve focused a lot on because obviously it will drive much better monetisation and make our business into an even better business.”

With three clear strategies for developing the brand, Jimmy Maymann is a focused man. His job is to communicate the three-year strategy and to ensure it is being executed. His office is in New York, his home in London, but he is usually found between the two, a peripatetic and evangelical builder.

“I think a CEO should be setting direction and making sure we’re moving the company forward,” he says. “I spend a lot of time on these three pillars, driving them from the front. I’m involved in all three, obviously some of them to a smaller extent than others, but I think it’s key that it trickles down to the organisation. There are a lot of other things that we’re doing, but it’s important that the organisation understands that these are the things that we have to do. They are the litmus test so that when we are talking about other things we could or should do we need to ask whether it fits within these three areas. If it does not, then we should probably park it for now.

“I remember when I started in advertising and marketing in my early career, I was told about the three head rule — at least with TV commercials, you always need to make sure you hit your audience three times with a consistent message. I think I need to hit each of the close to 1,000 individuals at HuffPost at least three times with the same message so it’s consistent, so they get it. These are the big, potentially game changing things that will define whether we’re going to be the media company of this decade.”

As originally published on Business Strategy Review, a publication of: 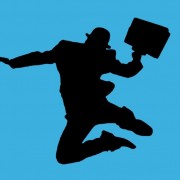 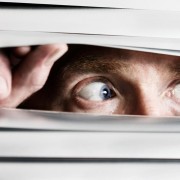 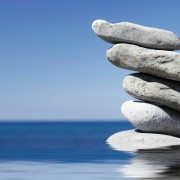 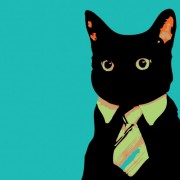 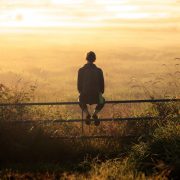 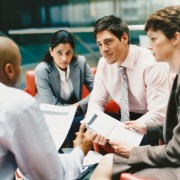 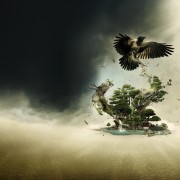 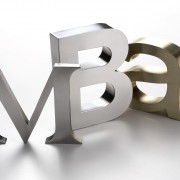