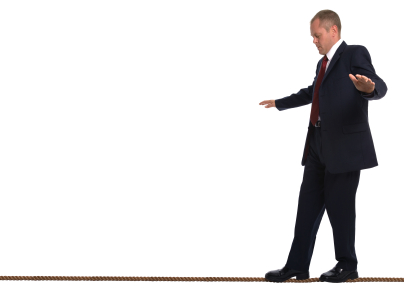 Originally written by Kendall Roth, and published on Financial Times
If the goal of the MBA programme is to develop tomorrow’s business leaders, then business schools need to think harder about what that future will be. Many will say that this future is international, and the challenge of increasing globalisation is one that students and schools should be looking to meet.

At present schools prepare students for international business by creating an awareness of global competitive influences – whether in the form of import penetration, global sourcing, R&D collaborations, cross-border acquisitions, privatisations, international direct investment or currency fluctuations. And there is no doubt that this is important.

There is a significant difference between awareness of such issues and expertise. And yet, even this expertise is insufficient for the global business future.

We should consider where market opportunity is greatest. Double-digit economic growth is currently an emerging market phenomenon and in the past year, for the first time in history, foreign direct investment flows were greater to developing economies than developed economies. Many of the least developed countries received exceptional growth in investment inflow, which was often actually sourced from developing countries, and increasingly multinational corporations from emerging economies are becoming industry leaders.

It is important to think about the economic models underpinning these emerging markets and growing multinationals. Let us say that the principles underpinning most theory and frameworks taught in contemporary business schools assume a western economic model of capitalism. Fundamental to this model is the role of government as a market regulator, rather than a market maker.

Now take an alternative stance and assume that government is the primary market maker and that fundamental institutions and mechanisms of capitalism, such as individual property rights, market-based prices and capital flows, do not exist. Assume that the institutions underpinning the economic model are largely informal and are not codified. And finally, assume an economic model based on religious principles that depart significantly from Judeo-Christian foundations.

While such economic models have existed for some time, they are rapidly expanding in number, presence and importance. And while we might have previously taken it for granted that such economies would eventually move towards western capitalism, it is increasingly clear these “varieties of capitalism” are systemic and enduring. The result is that with globalisation, national borders are becoming more important rather than being diminished.

Are MBA programmes preparing future managers to understand how to navigate in such a world? Do they prepare future managers to understand how a business model or best practice developed in one socioeconomic context maybe be successfully transferred to an alternative socioeconomic setting that is founded on radically different tenets? What skills must such future managers have? And would they be sufficiently developed by taking a short 10-day trip to Vietnam, Azerbaijan, Turkmenistan, Mongolia, Bangladesh, or even China?

Not all managers within a multinational corporation need global expertise. However, it is essential for these companies to have managers who are culturally fluent, who have the capability to appreciate alternative cultural and socioeconomic settings and interpret them from the perspective of the company’s processes, products and personnel.

Managers of the future must be able to understand how to partner or collaborate with organisations founded on very different principles – political or religious rather than economic.

And if significant growth opportunities in emerging markets are increasingly characterised by economic models that differ greatly from traditional markets, this managerial capability will only be of increased importance.

How can this skillset, something we refer to as contextual intelligence, be developed at business school? Firstly, language skills are crucial. The ability to understand another culture cannot occur without being able to speak the language and therefore understand underlying values and belief systems.

Also, the ability to understand another culture cannot occur without spending time in that culture and assimilating its assumptions, guiding principles and institutional context. The MBA learning process must therefore include an experiential component.

Further, students must develop the lens of a political scientist to understand the basic attributes of socioeconomic systems, business-government relations, governance systems and the basic forms or patterns that are emerging in the world. And they must also develop the analytical skills of a cultural anthropologist to study and process indigenously sourced ethnographic, linguistic, social and psychological data.

But most importantly, students need humility. MBAs must learn to understand and accept what they don’t know and not be quick to come to conclusions or impose their own structures or assumptions about how things work.

These are not the skills that are currently coming out of today’s typical business school, but they need to be if we are to develop tomorrow’s global business leaders.

The author is senior associate dean at the Darla Moore School of Business, University of South Carolina.

Disruptive technologies with Eric Schmidt: My computer, my friend
Scroll to top